Categories: Be The Change, Family Sponsorship

Blaura lost her mother and grandmother in the devastating earthquake in 2010.  She was only one year old at the time and was trapped under the rubble. Six days after the earthquake, rescuers heard what they thought was a kitten crying.  They found Blaurha with a severe leg wound. She needed her leg to be amputated to save her life.  As you can imagine, Blaurha has grown a lot in the nine years since the earthquake.  Her father has been using a blow dryer to try to stretch her current prosthesis so she can still wear it even though it is was too small and gave her blisters.  Through a generous donor, we were recently able to make her a new prosthesis! They were so happy!  Her father works as a moto driver which only provides a small amount of income.  He struggles to provide food and to send Blaurha and her younger sister, Blarhanie to school. Your monthly sponsorship will help this father feed his family and send his children to school. 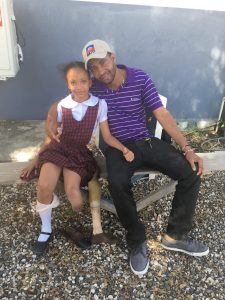 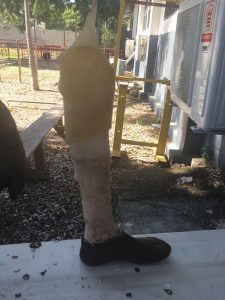 There are no reviews yet.

Be the first to review “Blaura’s Family” Cancel reply